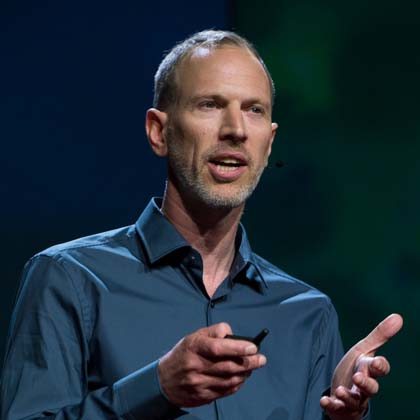 Tim Leberecht: Business Romanticism: On the Longing for a Different Economic Life.

Tim Leberecht is a global consultant and author, and one of the most passionate and astute thought leaders for a new humanism in business and society against the backdrop of digitalization, automation, and artificial intelligence.

- How we can lose without being losers.
- The human recipe for success: How companies become factories of meaning in the age of machines
- The future of business is romantic
- The exponential self: Identity in the age of exponential technologies
- New Work: What we can learn from Silicon Valley - and what not
- The new romantic revolution
- End times and the three taboo breaks we need now
- The end of winning - and what it means for innovation

Tim Leberecht is the author of the international bestseller "Business Romantics: Of the Longing for a Different Business Life" (Droemer-Knaur, 2015) and is a regular contributor to publications such as Harvard Business Review, Fast Company, Forbes, Fortune, Wirtschaftswoche, Human Resources Manager, t3n, Süddeutsche Zeitung and Wired. Leberecht is a sought-after speaker who has spoken at DLD, The Economist, Re:publica, Next, M Forum, Online Marketing Rockstars, SXSW, School of Life, the Zurich Querdenkerforum and the World Economic Forum, at schools such as Yale University, Carnegie Mellon University, RWTH, HEC Lausanne and the Berlin School for Creative Leadership. As well as delivered keynotes at internal events for Accenture, Airbus, Daimler, DHL, Nike, Otto Group, Sky, SNCF, Vitra and numerous other leading companies. His TED Talks "3 Ways to (Usefully) Lose Control of Your Brand" (LINK) and most recently "4 Ways to Build a Human Company in the Age of Machines" have been viewed by more than 2 million people worldwide.

Tim Leberecht is the founder of Business Romantic Society, a firm that helps companies and executives with strategic transformations as well as creating more human cultures. Previously, he was Chief Marketing Officer of NBBJ, an international architecture and design firm with clients including Amazon, Bill & Melinda Gates Foundation, Samsung, Starbucks, and Tencent. From 2006 to 2013, Tim Leberecht held the same position at Frog Design in San Francisco, a product design and strategy consulting firm with clients ranging from Disney to GE to Microsoft and Siemens, and as CMO for IT services provider Aricent Group. Tim Leberecht began his career in Germany at the 3D Internet agency Echtzeit AG and T-Venture, the corporate venture capital group of Deutsche Telekom. In German-speaking countries, he led projects and workshops for Airbus, Ipso e-care, ProSiebenSAT1, Otto Group, Süddeutsche Zeitung, Vitra and numerous other organizations.

As a German-American who lived in Silicon Valley for fourteen years, Tim Leberecht is a culture shifter in the truest sense of the word. Whether USA and Europe, startup and DAX corporation, artificial and emotional intelligence, data and emotions, pragmatism and creativity, real and virtual worlds: Tim Leberecht is convinced that exponential technologies require above all a human transformation and that the "romantic ability to walk between two different worlds" will become a success factor not only for companies but for all of us in the future.

Tim Leberecht was a member of the World Economic Forum's Values Council from 2011-2016 and is currently a member of the Forum's Europe Policy Group. Tim Leberecht is also co-founder and curator of the event and co-working platform House of Beautiful Business, co-founder and curator of the dinner series 15 Toasts, and Senior Advisor at the design firm A Hundred Years with offices in Los Angeles, New York and Berlin.

Tim Leberecht was born and raised in Germany and returned to Berlin after fourteen years in the US. 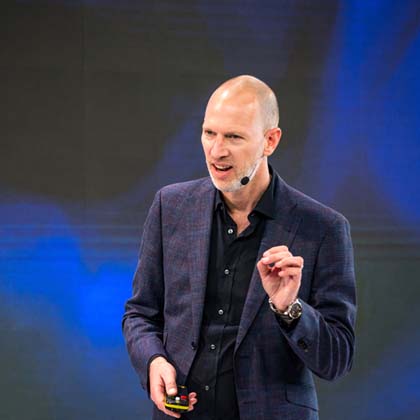 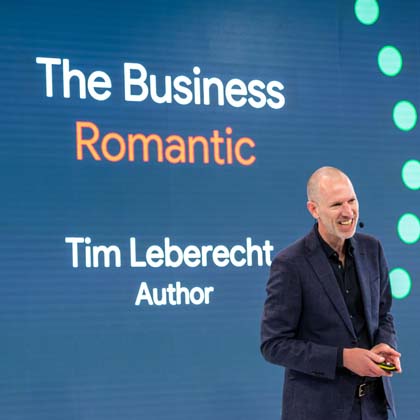 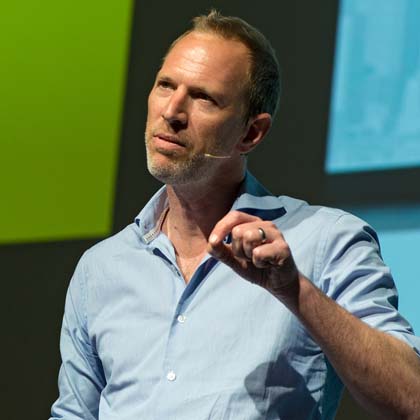 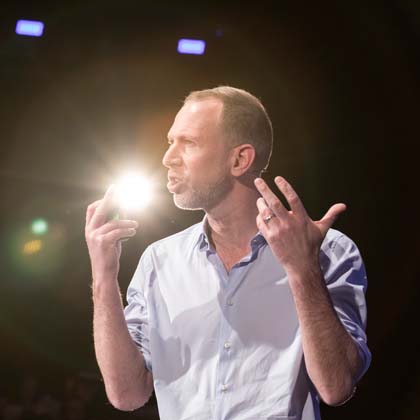 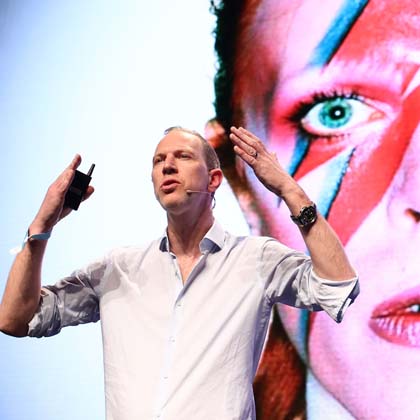 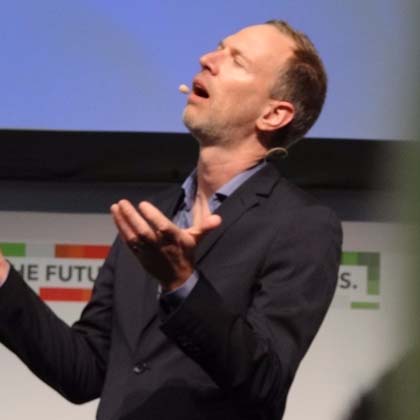 Romantics, Our Time is now - TEDxIstanbul

Thought leader for business & society against the backdrop of digitalization & automation