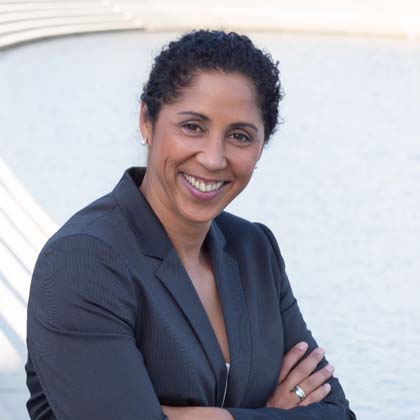 Steffi Jones is Germany’s most successful and best-known female soccer player and has achieved what only very few athletes have.

Steffi Jones polarized with her withdrawal and her public and sharp criticism of the DFB. Criticism that was appropriate, but that no one dared to say out loud. The focus was on the club’s lack of gender equity and how it dealt with it. Steffi Jones said in interviews that she would rule out a return to the DFB as long as do

Steffi Jones is clearly more than a soccer player and coach. She is a role model. Because she shows, like hardly anyone else, that it is possible to go one’s own way in a male domain.

In her talks and lectures, Steffi Jones talks about how she learned teamwork and self-confidence in sports and how she passes these qualities on to the next generation of athletes. Many characteristics from the sports world can be transferred one-to-one to the business world, so she also talks about what leadership means to her, how much discipline a career needs and how to recover from defeats.

Steffi Jones discovered her passion for soccer early on and that she could play better than the boys. She became European champion several times and world champion once. After she ended her active soccer career, she played behind the scenes. As national coach of the German women’s national team and as director of women’s and girls’ soccer. With her strong criticism of the DFB, she turned her back on the club.

In 2022, Steffi Jones will oversee a project at FIFA on her heartfelt topic of promoting young talent. So she returns to professional soccer in a new role and environment. Her main job is managing organizational development at the IT service 5Minds and she lives with her wife and five dogs in North Rhine-Westphalia.

Stephanie Ann “Steffi” Jones – World Champion 2003 and three-time European Champion, is one of the most successful German soccer players of all time.

The OC President, who was also seen as a counterpart to Franz Beckenbauer, the President of the OC for the 2006 FIFA World Cup, is intensively committed to women’s soccer. In view of the great development of women’s soccer and the enormous opportunities offered by hosting the 2011 World Cup in her own country, Steffi Jones was very happy to accept the challenge as OC President and all the associated tasks.

After completing this activity, for which she was honored several times, her appointment as “Director of Women’s and Girls’ Football” at the DFB followed. “Not least because of her many title wins and her social commitment, the former head defender of the DFB team is an equally popular and respected figure in German sport. Steffi Jones is a recognized and valued representative both nationally and internationally, not only because of her professional expertise but also because of her likeable and natural manner,” said DFB President Wolfgang Niersbach.

In 2006, Steffi Jones received the Hessian Order of Merit for her many years of voluntary work. Time and again, the daughter of a German mother and an American soldier has campaigned for integration and tolerance in Germany.

Steffi Jones’ path has not always been a steep one. She grew up without a father in the troubled Frankfurt district of Bonames. In kindergarten and during her first years at school, she was teased because of her skin color. Her older brother Christian became a delinquent and drug addict. In November 2006, the family had to cope with a heavy blow. At the age of 22, her “little” brother Frank, a soldier in the U.S. armed forces, lost both legs in a bomb attack while deployed in Iraq.

Steffi Jones made the right choice and put her energy and passion into soccer. For her, the game with the leather ball became the stuff that really big dreams are made of – dreams that would later become reality for Steffi Jones.

For the 2024 European Men’s Championship in Germany, Steffi Jones is the football ambassador for the venue, Gelsenkirchen. 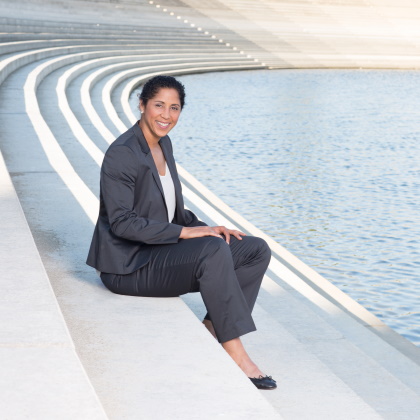 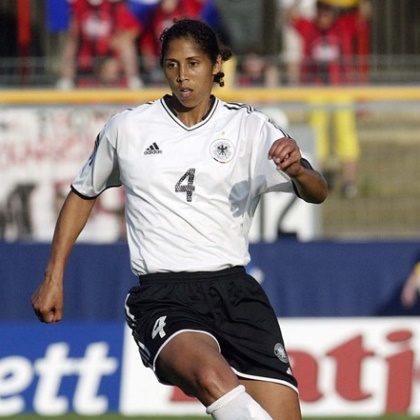 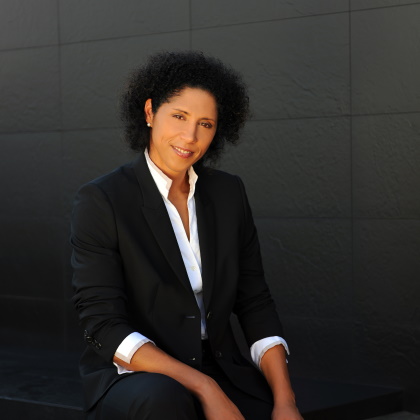 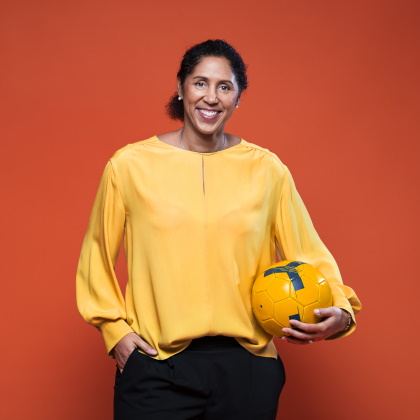 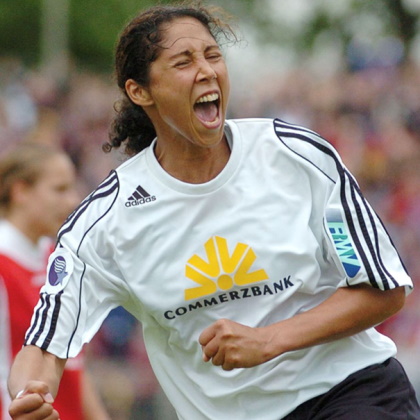 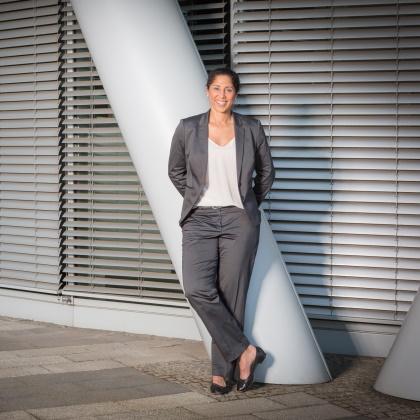 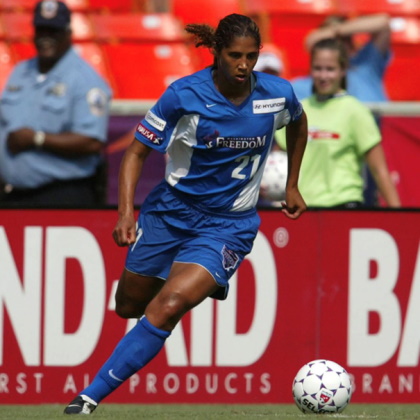 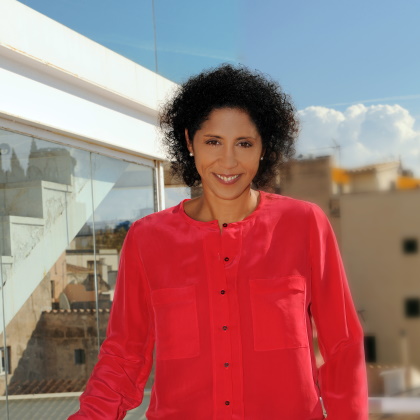