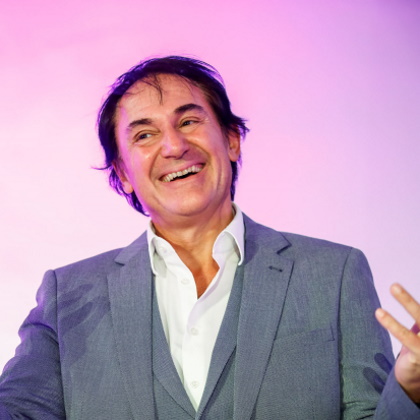 Roman F. Szeliga: Humor in Business - First the fun, then the pleasure.

Dr. Roman F. Szeliga is a doctor and manager, moderator, seminar leader, lecturer and author. The bracket that holds all this together is humor: as a social competence that is able to motivate, carry away and lead people. Let yourself be inspired and learn from Roman F. Szeliga, one of the most charismatic and successful speakers of our time.

- 'Humor in Business' - The enthusiasm tool in business: contagious, rousing, productive! "You will laugh, because it is serious!"
- "Frustration Protectant" - How you manage to find everything half as bad or twice as good!
- "Morbus Digitalis" - Technology made progress, people made the difference! A charming plea for joy, humor and lightness

His medical-psychological background knowledge, paired with comedic stage talent as well as many years of moderation and management experience, allowed Roman F. Szeliga to quickly rise to become one of the most sought-after communication professionals in the business world. As co-founder of CliniClowns, internist Roman F. Szeliga recognized the enormous potential of humor as a form of therapy as early as the 1990s. Now he has been using his know-how with great success in the business for several years. His stage performance is rousing, moving and motivating.

As a word acrobat with depth, Roman F. Szeliga is not only immensely entertaining, but also knows how to stimulate sustainable information transfer. He surprises with creative examples, original ideas and versatile impulses.

Dr. Roman F. Szeliga is a charismatic personality on and off the stage. For him, the expression "He walks the talk" hits the bull's eye and his message hits the heart. He is considered THE enthusiastic testimonial for more joy, lightness and well-being both at work and in private life. Roman F. Szeliga is convinced: 'Humor is the best complement to competence. Humor is not only an achievement of the mind, humor is an attitude towards life!'

"Morbus Digitalis" - technology made the progress, people made the difference!

His interactive experience lectures were visited so far by far more than 100'000 humans, approximately 320 considerable enterprises stand on its customer list. It is not without reason that Roman F. Szeliga is considered one of the best speakers in the German-speaking world. In 2013, he was awarded the 'Top Speaker of the Year - Award' by the renowned magazine TRAiNiNG. 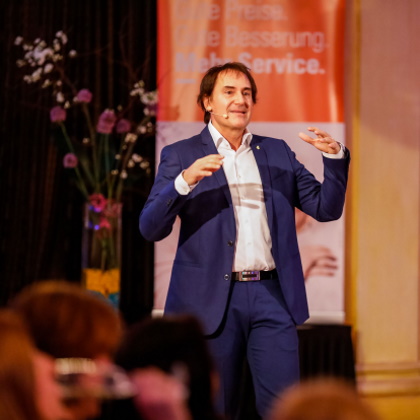 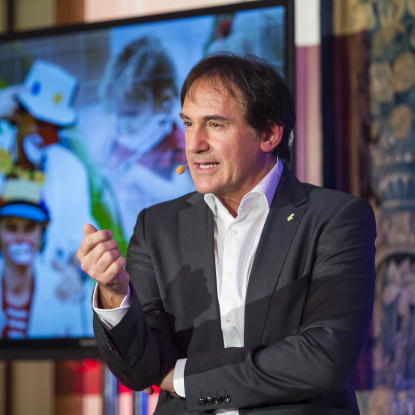 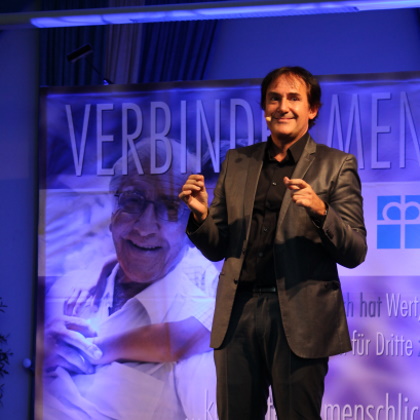 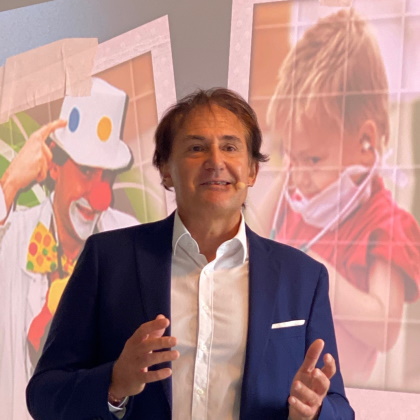 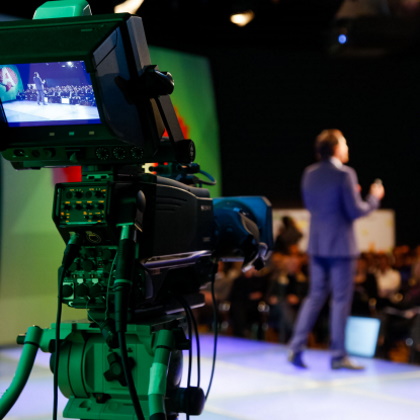 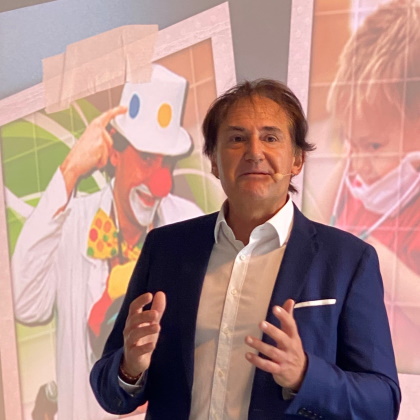 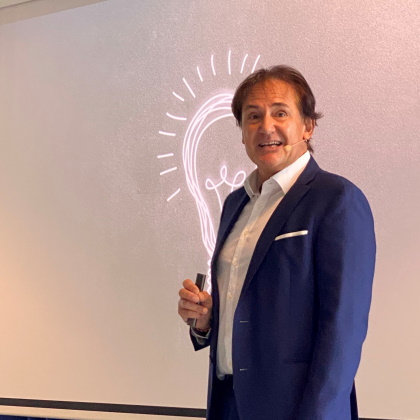