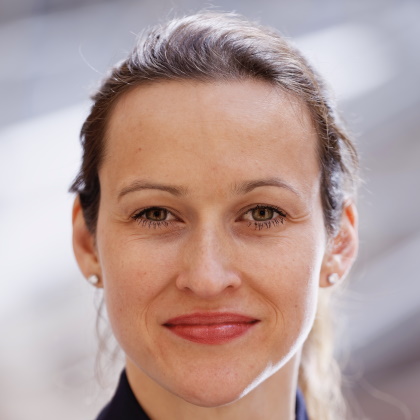 Nicola Winter (*1985) is a pilot, keynote speaker, engineer and university lecturer in emergency and crisis management.

Nicola Winter was a fighter pilot in the German Armed Forces for over a decade, piloted the Eurofighter as one of only three women in the Air Force, trained young pilots herself in the USA for several years - including survival training and crisis management - and held the rank of major. After a stopover in management consulting and industry, she now works as a project manager for technology demonstrations at the German Aerospace Center (DLR e. V.) and as a lecturer in emergency and crisis management at the Carl Remigius University of Applied Sciences. She is pursuing a doctorate in space science and a pilot's license to fly commercial helicopters. Nicola is also involved as a paramedic and is the mother of a young daughter.

Even fighter pilots are led with empathy and respect these days - a new understanding of leadership is more necessary than ever.

Outdated leadership cultures and hierarchies encourage mistakes in everyday work that can have serious consequences. Using concrete and tangible practical examples from her time as an officer and pilot in the German Armed Forces, as a consultant at McKinsey and from her research, Nicola Winter shows her audience how empathy and respect, as well as trust and good communication, help to minimize mistakes, promote performance as much as possible, achieve corporate goals and sustainably promote the satisfaction of the entire workforce. Topics she is particularly passionate about include "communication under pressure", "decision-making in critical situations", "focusing on what is important", "leadership at eye level" and "self-management".

If you want to reach high, you also have to learn how to deal with obstacles and setbacks - a self-confident demeanor, maintaining your own boundaries, unerring multitasking and prioritizing, and a focus on the right and important things are essential.

In the process of realizing our dreams and goals, we also encounter obstacles time and again. How do you manage to fully develop your potential as a person and also as a company, to assert yourself against competitors, to reinvent yourself again and again, to gather courage for the next departure, to keep track of your busy schedule and, despite all ambition, not to forget what really counts in life? With a lot of passion, Nicola Winter tells her listeners how she keeps a healthy work-life balance with all her to-dos, goals and dreams, which top motivation techniques help her and how she builds up a good self-confidence and self-esteem to keep her boundaries while giving it her all.

Sooner or later, every company finds itself in exceptional situations - when that happens, it's important to have proven strategies on hand to handle them. These include routine risk analysis, precise crisis communication, a focus on the essentials and rapid decision-making.

After a decade as a fighter pilot, Nicola Winter knows what you learn about stress, risk, crises and the path to success in the world's fastest jets. After all, when seconds make the difference between life and death, momentous decisions must be made with proper thought under time pressure. Your audience will learn that detailed and focused crisis preparation is critical and what else helps when you're in the middle of a crisis.

Unerring multitasking and absolute focus on the right and important things - especially as a management team!

Flying fast, astro space and adventure are Nicola Winter's passion - and have been since early childhood.

Together with Insa Thiele-Eich, Nicola Winter was selected as an astronaut trainee of the initiative "Die Astronautin" in 2017 and prevailed against 400 female competitors. The initiative wanted to put a German woman into space for the first time, but ultimately failed due to financial strength. Nicola didn't let that bother her and is continuing to pursue her childhood dream of flying into space; she wants to make it through the ESA's astronaut selection process. "I like to do pioneering work, the goal could also be the moon or Mars," is her own statement. In 2017, the Boston Consulting Group and Handelsblatt then also named Nicola Winter "Thought Leader of the Year." She won over the jury because she "transcends technical, physical and social boundaries."

In her entertaining lectures and keynotes, Nicola Winter tells in a varied, informative and also humorous way that she was actually too small to become a pilot and how she nevertheless found her way to the fighter jet and her greatness as a leader. Nicola shares what she learned during her time as a Bundeswehr officer, how modern empathetic leadership works even with big personalities, and how to keep your cool even in the most critical moment.

In addition to her successes in the German Armed Forces and in aerospace, Nicola Winter is also involved as a paramedic and is working toward becoming a rescue helicopter pilot.

In doing so, she shares her accumulated fact-based knowledge and field-tested experience. Using best practice examples and numerous anecdotes, she shows you how to deal with setbacks, crises and stress in leadership positions and as a team, how to maintain an overview and focus on what is important in the many to-dos of daily life, and how to consistently pursue and implement your goals. After all her previous experiences and with her knowledge, Nicola Winter's motto here is: With courage, empathy, discipline, passion and a bit of luck, we can make it anywhere - even to the stars!

Nicola Winter gives her talks online, in Germany and worldwide, gladly also in English. She is a sought-after panelist and is also available for workshops as an expert on your topics. 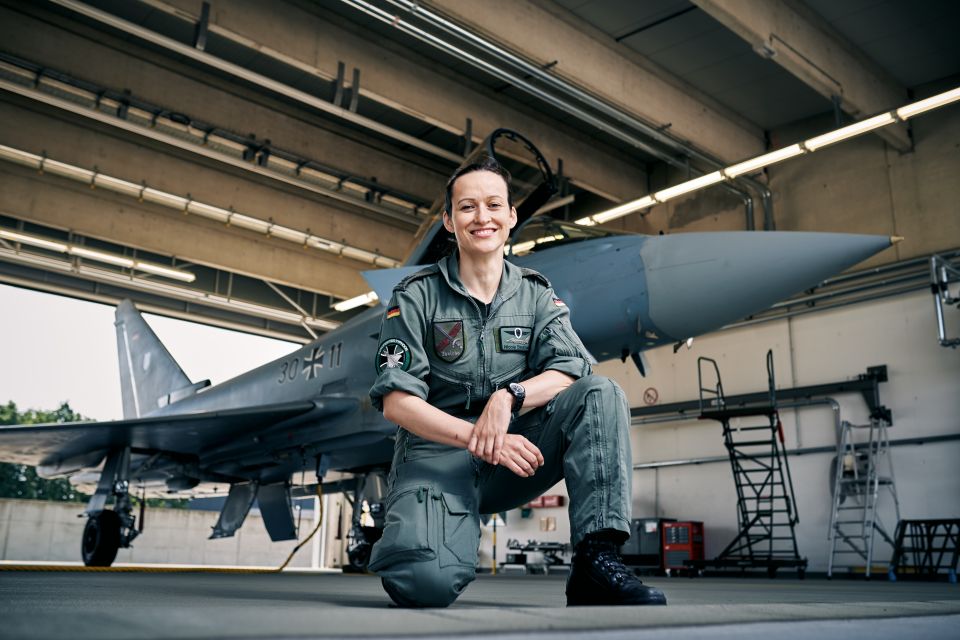 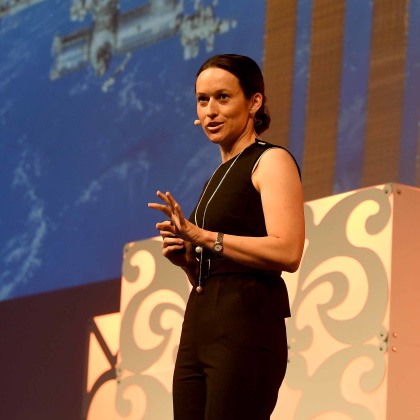 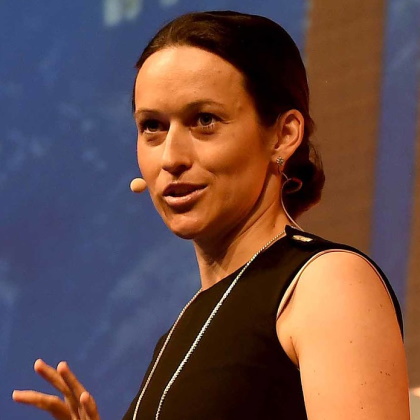 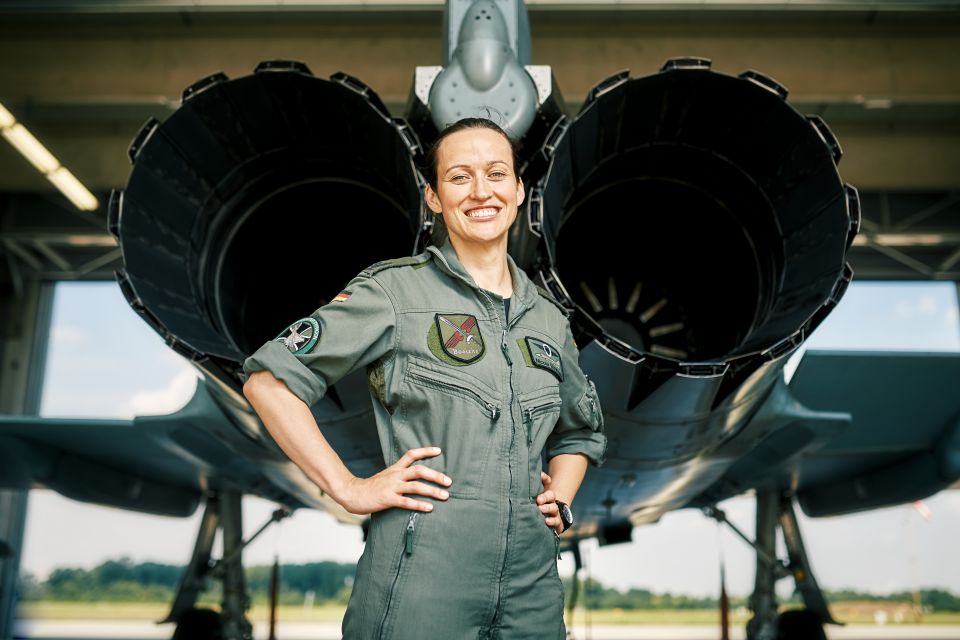 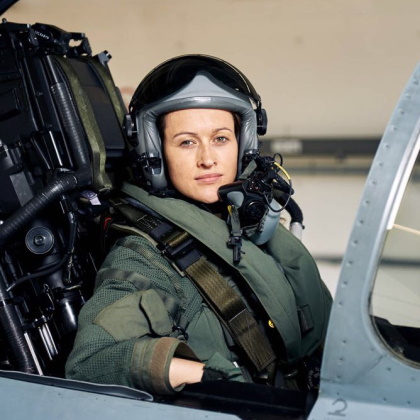 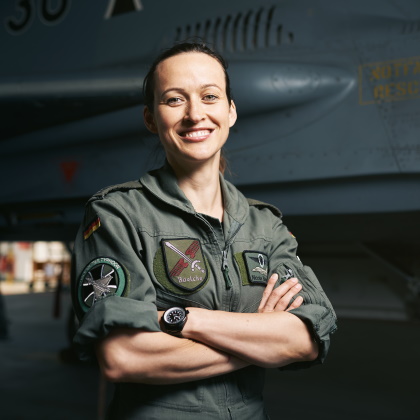