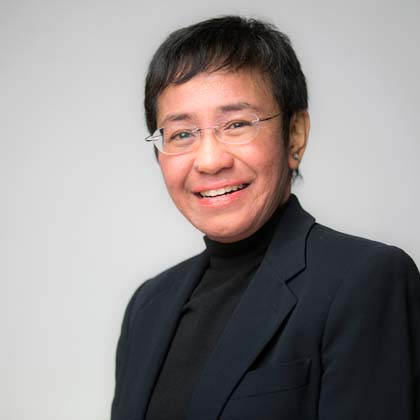 Maria Ressa: Fighting back against Disinformation.

A journalist in Asia for nearly 35 years, Maria Ressa co-founded Rappler, the top digital only news site that is leading the fight for press freedom in the Philippines. As Rappler’s executive editor and CEO, Maria has endured constant political harassment and arrests by the Duterte government, forced to post bail eight times to stay free. Rappler’s battle for truth and democracy is the subject of the 2020 Sundance Film Festival documentary, A Thousand Cuts.

Most recently, Maria Ressa co-founded The Real Facebook Oversight Board – composed of 25 academics, journalists, and activists that will rival the social media platform’s own board.

- Corporate Governance: How Companies Thrive with Transparency
- Big Date and Fake News: Fighting Back with Data
- Technology’s Impact on Democracy

For her courage and work on disinformation and ‘fake news,’ Maria Ressa was awarded the 2021 Nobel Peace Prize, named Time Magazine’s 2018 Person of the Year, was among its 100 Most Influential People of 2019, and has also been named one of Time’s Most Influential Women of the Century. She was also part of BBC’s 100 most inspiring and influential women of 2019 and Prospect magazine’s world’s top 50 thinkers.

Before founding Rappler, Maria Ressa focused on investigating terrorism in Southeast Asia. She opened and ran CNN’s Manila Bureau for nearly a decade before opening the network’s Jakarta Bureau, which she ran from 1995 to 2005. She wrote “Seeds of Terror: An Eyewitness Account of al-Qaeda’s Newest Center of Operations in Southeast Asia” and “From Bin Laden to Facebook: 10 Days of Abduction, 10 Years of Terrorism”.

Maria Ressa was featured in the 2020 documentary “A Thousand Cuts,” which profiles her fearless reporting on the abuses of Duterte’s presidency, while also illustrating social media’s capacity to deceive and entrench political power.

Testimonials
Maria was a delight to work with and a stand-out speaker at the conference. Her speaking style is engaging and her story is compelling – and frightening. Thank goodness she injects humor from time to time! Our survey results are not all in yet, but I know from verbal feedback that she was the crowd favorite.
Charlotte Singleton, Chair, Program Committee (Camden Conference)

Your keynote created goosebumps – that truly was a very special DLD moment. We really need role models like you to create awareness about what’s going on in our world and there’s still so much work to do to ensure free speech and fight fake news.
DLD Munich 2020 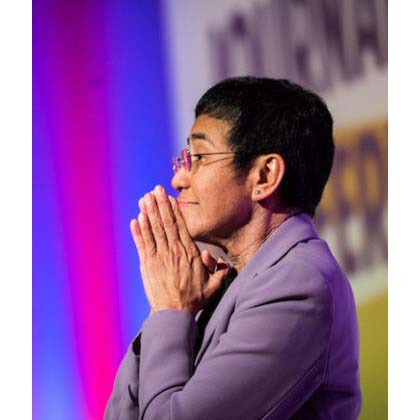 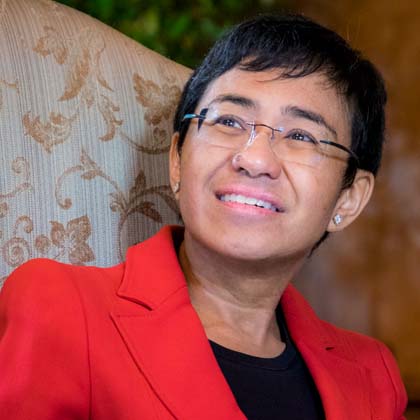 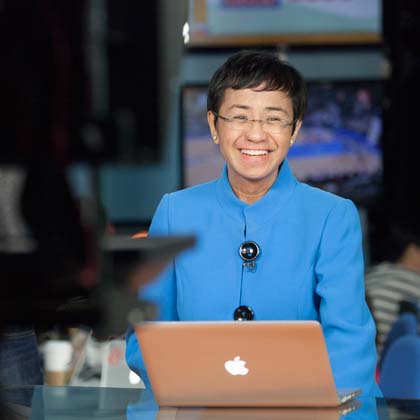 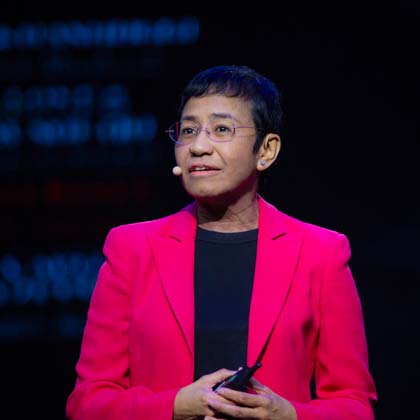 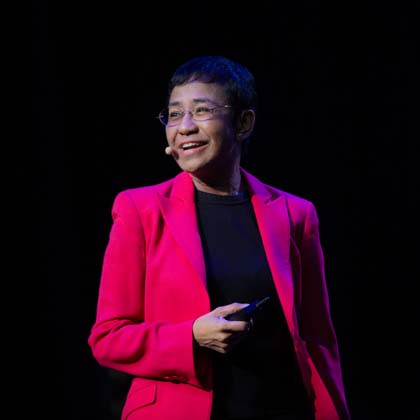 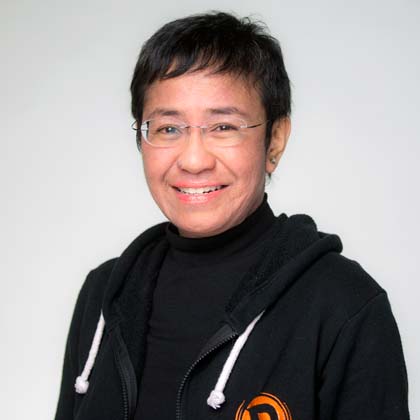 The Battle for Truth - TEDxXavierSchool

How to Stand Up to a Dictator: By the Winner of the Nobel Peace Prize 2021
Buy it
Seeds of Terror: An Eyewitness Account of Al-Qaeda's Newest Center of Operations in Southeast Asia
Buy it
From Bin Laden to Facebook: 10 Days of Abduction, 10 Years of Terrorism
Buy it
Also bookable as an online presentation