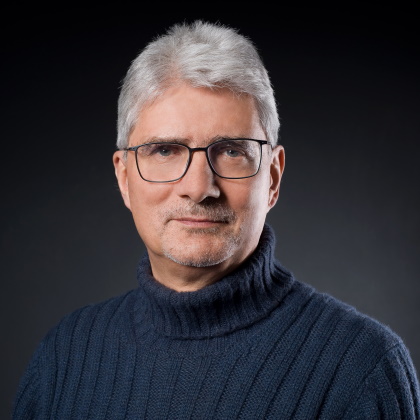 Prof. Dr. Dr. h.c. Lothar Abicht is an entrepreneur, honorary professor of adult education, futurist, researcher, trainer and author of numerous publications and books, as well as a sought-after speaker. As a scientist, he is a renowned expert in futurology and educational research.

Lothar Abicht was born in 1955 in Marlow on the Baltic coast, is married, has a daughter and a grandson. He studied education and technology at the University of Halle and the Engineering School in Eisleben and then worked as a research assistant at the University of Halle. In 1983 Lothar Abicht received his doctorate with a thesis on general technology. In 1987 he habilitated in the same field. In 1992, he moved to the private isw Research Institute in Halle, where, after several intermediate stations, he worked as managing partner until his retirement in the context of a company succession. Here he bore entrepreneurial responsibility for up to 100 employees. Under his leadership, the institute realized a large number of innovative research and design projects together with hundreds of companies and educational institutions.  Parallel to his entrepreneurial and scientific activities at the institute, he taught at the Chemnitz University of Technology. Here he habilitated in 2000 in the field of adult education and was appointed honorary professor in 2007. In 2009, the South Russian State University of Shakhty awarded him an honorary doctorate.

Since 2020, Lothar Abicht has served as Scientific Director of the Cryco Think Tank for Future Studies Düsseldorf.

The lecture on the successful book: What will change in the next 10 – 15 years in the way we live, love, eat and work? How will the digital revolution, the development of biology, genetics and pharmacy affect us? Are we breaking the bonds of evolution? And how will we deal with increasingly intelligent machines – or they with us?

The lecture scientifically underpins what will be possible in the future and shows amazing directions outside the mainstream discussion.

How we will work in the future

Will we work non-stop or will technology take our jobs away? What role does occupational activity have on our self-image and life satisfaction? Will we become appendages of computers and robots or self-confident shapers of a high-tech world of work? Which activities will endure, which will emerge and which will disappear? How do we organize interaction within the company? But above all: What will the workplace of the future look like? And which people will be needed there?

An entertaining combination of science and practice that paints a thoroughly optimistic picture of the future.

Digitization is sweeping around the globe like a gale force wind, leaving nothing as it was. But is it really so new, or are we witnessing the incredible acceleration of a development that is almost as old as human culture? Which technologies have the greatest potential to fundamentally change our world and turn entire industries upside down in the next 20 years? And above all, where does this leave people?

A lecture of Lothar Abicht that vividly presents insider knowledge and paints a picture of a fascinatingly changed world.

To slow down the devastating climate change, we need a fundamental transformation of our technological base. Decarbonization is the task of the hour and will not only lead to a shift away from fossil fuels and raw materials. Rather, it changes just about all technological processes and technical systems. This begins with the phasing out of all types of combustion engines, continues with the emergence of green electricity as a universal energy source, and does not end with the fundamental transformation of the chemical industry. Terms like Energiewende and Verkehrswende or even Biologisierung describe only a limited part of the changes.

The lecture takes a look at selected chapters of this new phase of industrial and technological development up to the year 2050, identifies fundamental development directions and derives central tasks in the transformation of the economy that is already taking place.

How the digital transformation is changing our learning

Digital technologies in education? Does this lead to lonely, transparent learners? Will it make learning processes more interesting and experiential, and will many more people gain access to them? Will robots and personal digital assistants based on AI replace teachers? Is learning shifting to the metaverse and how can it happen there? Most importantly, in the digital world with unlimited access to knowledge, what do we need to learn at all and what skills determine our success in the world of work and life?

A technology lecture, but one that above all emphasizes a human factor: the role of the learner.

Prefabricated lectures often do not fit 100% to your own event. The topics listed above are therefore only a selection from the many possible focuses. Around the main topics of the future of work, education, digital disruption, technology and generational transition, you can have a presentation by Keynote Speaker Lothar Abicht tailored to your needs.

His scientific work, which has found practical application in a variety of forms, covers a wide spectrum. Starting with work in the field of general technology, Futurist Lothar Abicht concentrated for years on innovative forms of adult learning in companies, before turning increasingly to futurology in the last 15 years.

His lecture topics are as broad as his research areas. The range begins with lectures on the relationship between different generations in a rapidly changing world of work, on changes in people’s psychological potential in postmodern times, and on learning in the future.  It continues with lectures on the evolution of the living and working world to digital transformation and decarbonization as the fifth industrial revolution. In doing so, he addresses such humanity issues as how the digital revolution, the development of biology, genetics, and pharmaceuticals affect people. He asks such questions as are we breaking the bonds of evolution? How will we deal with increasingly intelligent machines – or will they deal with us? Currently, his research is looking at how all the technologies used by humans will change by 2050 to achieve decarbonization as part of a fifth industrial revolution aimed at limiting climate change. Concepts such as transport turnaround or energy turnaround are components of these analyses, but they only represent a part of the changes.

His entertaining and descriptive lectures are generally based on his own research and publications, which have led to a total of seven monographs and numerous articles. 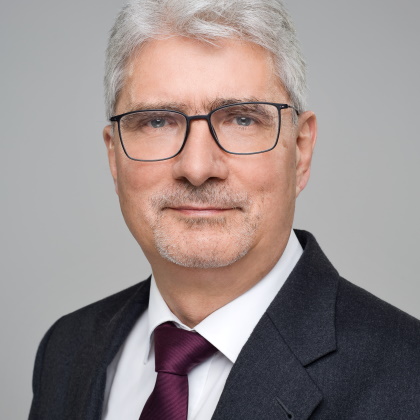 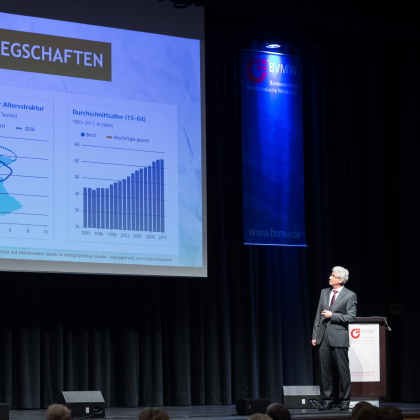 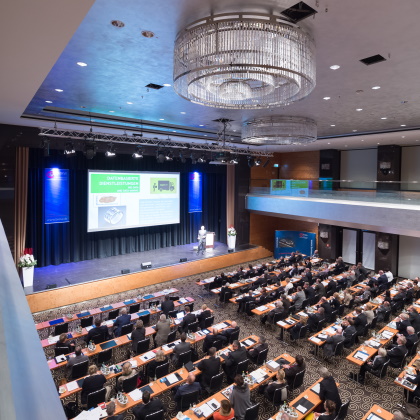 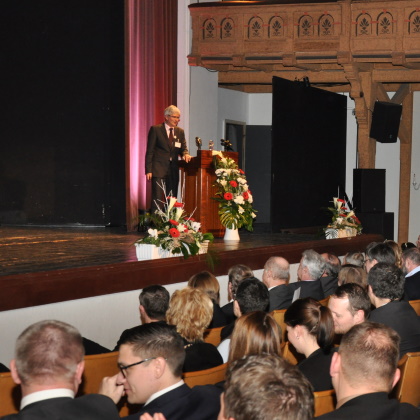 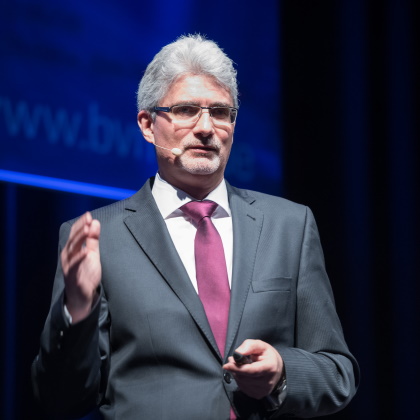 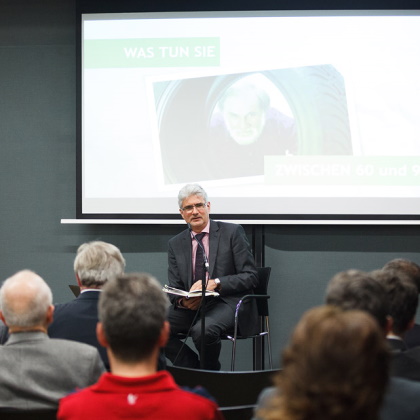 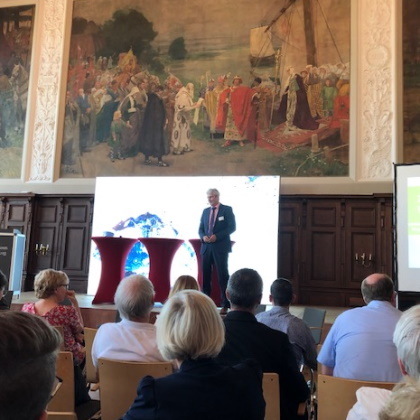 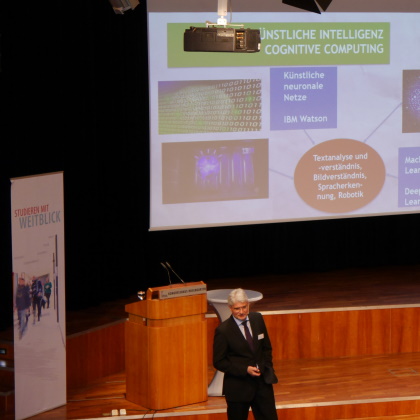 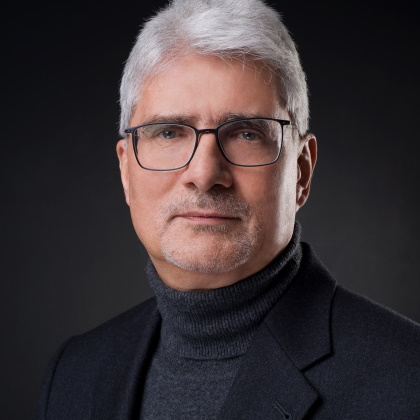