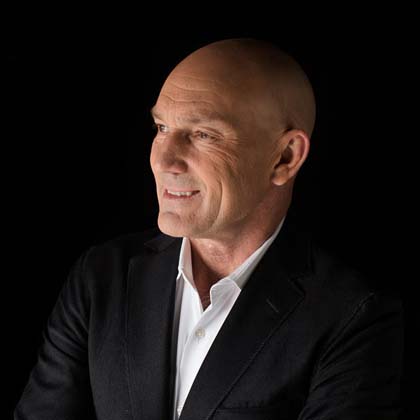 John Foley: Glad to be Here.

John Foley was a solo pilot for the Blue Angels aerobatic formation, a Sloan Fellow at the Stanford School of Business, a Gratitude Guru, and an expert on “how to” in high performing teams. His exciting and unusual life journey knows how to inspire and inspire audiences to take action themselves and rethink what they think is possible. John Foley uses intense reality as a metaphor to motivate individuals and groups to reach their full potential and to empower organizations to achieve peak performance even during periods of dynamic change.

- an infectious gratitude that he refers to as Glad To Be Here®.
- an inspiring delivery style that conveys an overarching sense of purpose and thus inspires peak performance
- a practical life model for implementing his core message that works as well in organizations as it does for Blue Angels.

John Foley has been named one of the 10 most sought-after speakers and trainers in the world.

From performance to leadership to teamwork and trust, his performances are an experience that will inspire anyone to achieve more than they previously thought possible.

John Foley has consistently performed at the highest levels in a high-risk environment marked by extremes. He has completed formation flights at over 800 km/h with just 50 cm between him and his colleagues. To survive in this environment, he developed a basic attitude of absolute confidence and leadership, turning relentless flight maneuvers into extraordinary experiences. He uses these intense experiences as a metaphor to motivate individuals and groups to reach their full potential and to enable organizations to achieve peak performance even in times of dynamic change.

After his time in the U.S. Navy, he gained experience as an entrepreneur and Sloan Fellow at the Stanford Graduate School of Business. These put John Foley in a unique position to apply his performance and teamwork skills from his time as an aerobatic pilot to new fields. From this foundation, he developed a conceptual framework and engaging narrative that motivate high performance and inspire others to follow their own path.

John Foley left the U.S. Naval Academy with a degree in mechanical engineering. He played the defensive back position on the Navy football team. He appeared in two championship games and helped his team to one of the best four-year records in its football history. As a pilot, John Foley was named a “Top Ten Carrier Pilot” six times before becoming a Navy flight instructor and joining the Blue Angels. He holds a master’s degree in business management from the Stanford Graduate School of Business (where he was a Sloan Fellow), a degree in international politics from Stanford University, and a degree in strategic studies from the Naval War College.

In 2011, John Foley established the Glad To Be Here® Foundation. Through this foundation, John donates 10% of his net fee to various charities. He donates up to $1000 of his client income to organizations that his clients can choose. As a result, more than 300 charities have received a total of over $1.5 million, improving the lives of thousands of people around the world. John sees it as his mission to bring a common, higher purpose to each organization. 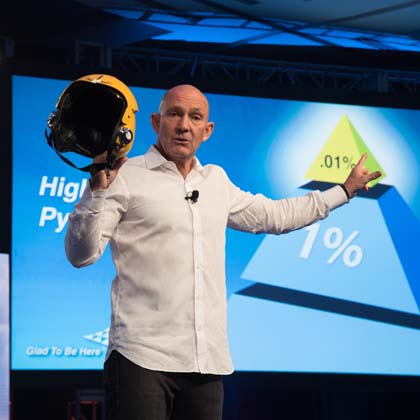 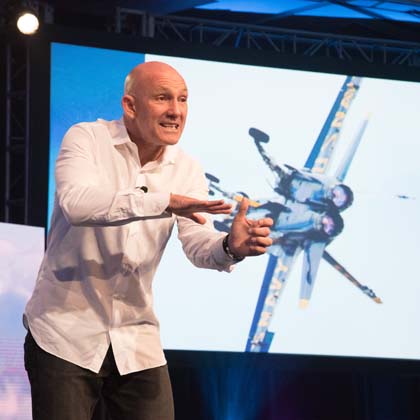 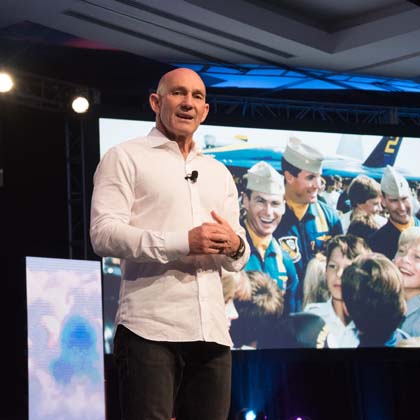 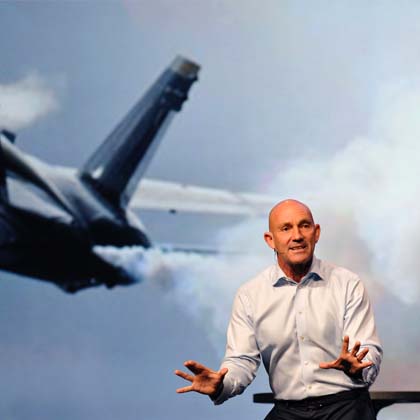 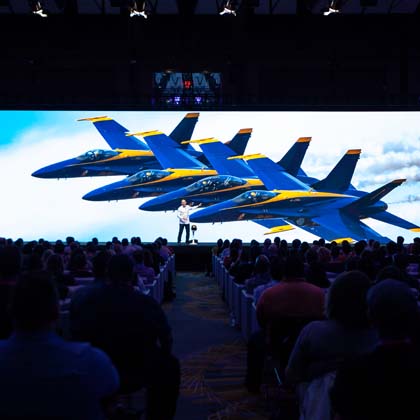 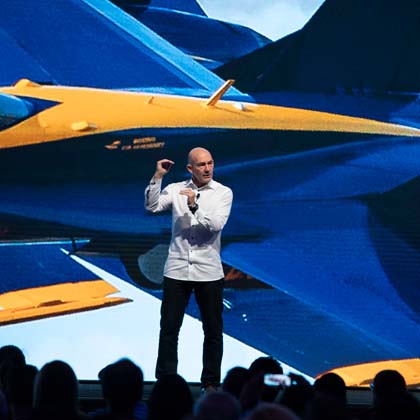 Focus on Power, Focus on Team, Focus on Leadership

Culture of Excellence - Leadership by Pilots

Glad to be Here

Fearless Success: Beyond High Performance
Buy it
very popular at the moment
Also bookable as an online presentation