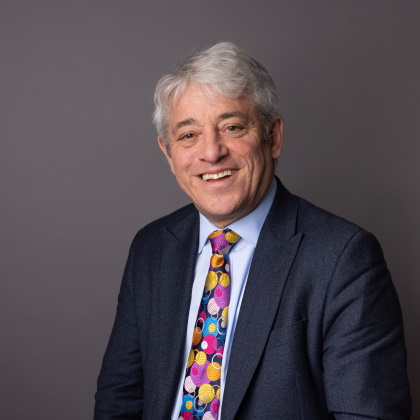 John Bercow served as the 157th Speaker of the House of Commons, and the first since World War II to keep order in front of four Prime Ministers.

John Bercow entered Parliament in 1997 as Conservative MP for Buckingham. He was appointed Shadow Chief Treasury then Work and Pensions Secretary, but resigned to support the Labour Government’s policy to allow unmarried gay and heterosexual couples to adopt. He was later asked by Ed Balls to lead a review of children and families affected by speech, language and communication needs – which resulted in millions of additional funding.

John Bercow talks about leadership, Brexit and the Future of politics.

John Bercow took over from Speaker Martin with a mission to “strengthen the backbenches and recognise that Parliament is more than a rubber-stamping operation for the government of the day.” John Bercow was re-elected three times. In a stream of tributes on his departure, even critics admitted that he had delivered on the original promise.

Speaker John Bercow built a reputation as a reformer. On one level he dispensed with knee breeches, silk stockings and buckled court shoes. More significantly he increased the use of ‘Urgent Questions’ requiring Ministers to make 685 statements on pressing issues, extended the time for PMQs, and replaced the shooting range with a nursery. John Bercow introduced Barack Obama to address both Houses of Parliament, but opposed an invitation to Donald Trump on grounds of racism and sexism.

John Bercow was also the first Speaker to allow the UK Youth Parliament to debate in the Commons chamber, and went on to chair the event for ten years.

In September 2019, John Bercow declared that he would stand down as Commons Speaker and MP on 31 October; he remained Speaker until being appointed to the Manor of Northstead on 4 November 2019. Having served 10 years as Speaker, John Bercow became the longest-serving Speaker since Edward FitzRoy served nearly 15 years in post between 1928 and 1943.

After stepping down from Westminster John Bercow shares his insights on the future of our politics and the lessons he has learned about implementing change. He is also a seasoned raconteur with countless stories from the corridors of power.

Bercow has received a string of awards from The Spectator’s Backbencher to Watch to Stonewall’s Politician of the Year. John Bercow lives in London and enjoys an abiding passion for football (Arsenal) and tennis. He was once Britain’s No.1 junior player, but considered too short to turn professional. 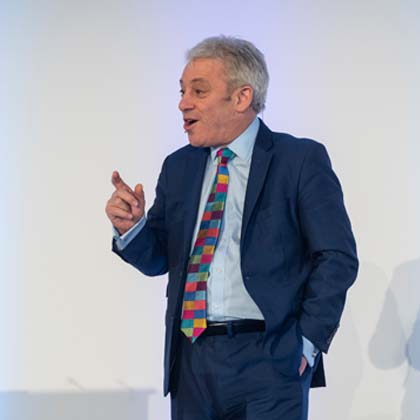 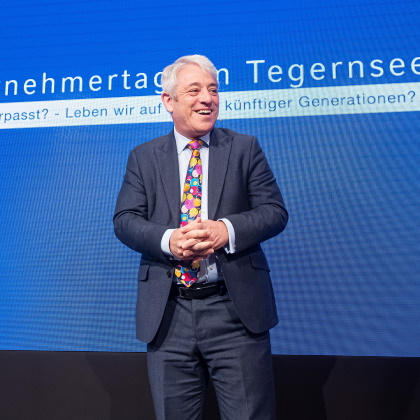 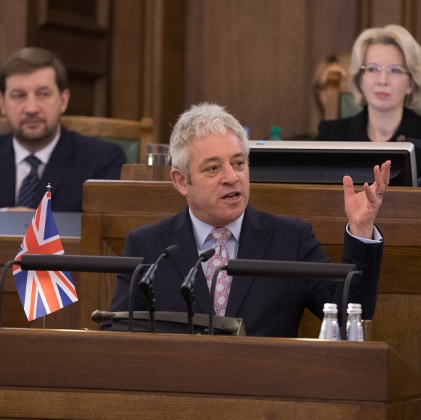 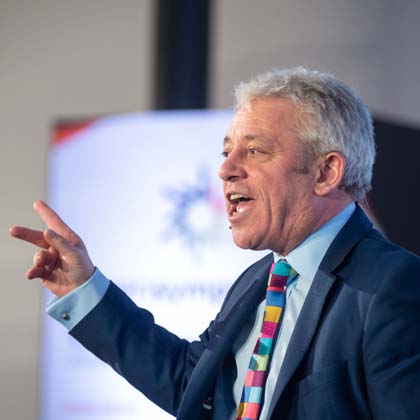 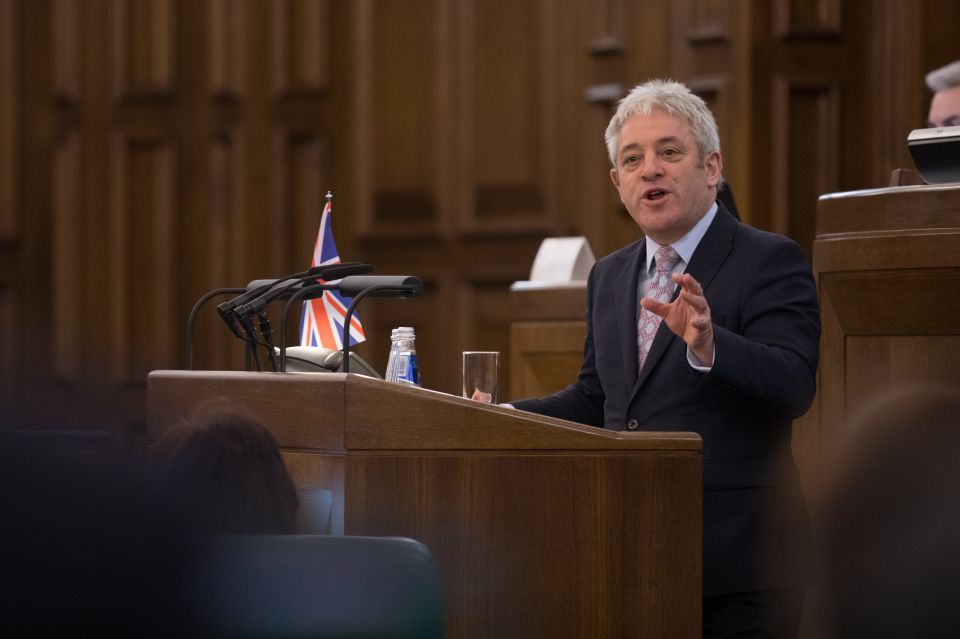 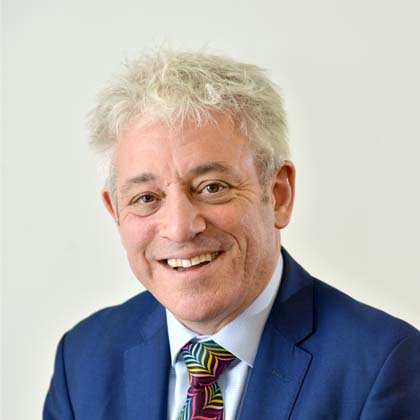 Five memorable moments from a decade as Speaker