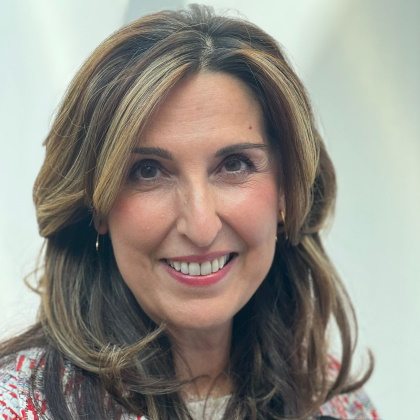 Inma Martinez: Connecting Artificial Intelligence with the economy and business

Inma Martinez is a Digital and AI Pioneer, Appointed to Expert Group at The Global Partnership on Artificial Intelligence (GPAI), an OECD and G7 initiative for A.I.

Inma Martinez is an advisor to leaders in business and government on how to turn digital transformation into competitive advantage and contribute to societal progress. Progressing her previous careers in investment banking and telecommunications towards technology entrepreneurship, she is recognised worldwide as one of the leading entrepreneurs who pioneered the creating and emergence of digital technologies like the mobile internet, music and video streaming, the connected car and smart living. Her unique experience has allowed her to become one of the most sought-after experts in forecasting digital disruptions and revealing the potentiality of AI and other transformative technologies.

- Digital media and the future of technology
- The Rise of Social Media – With What Relevance to Your Business?
- Technologies for mobile and web
- Artificial Intelligence & the benefits for business & society
- Telecommunications & Innovation
- Venture capital and entrepreneurship
- Diversity – Women in the Digital World

Since 2001 Inma Martinez has provided expert testimonies across various technology boards at the European Union. She has combined her career in innovation with prestigious government appointments in the United Kingdom (at the Trade & Investment agency and at the Innovation Fund of the Department of Sport, Media and Culture) and Spain (State Secretariat for Artificial Intelligence at the Ministry of Economy and Digital Transformation). Inma Martinez has also advised the Malaysian government’s Sarawak Centre of Performance Excellence on digital transformation strategies for both civil society and government-owned businesses. In March 2021 she was appointed to the GPAI’s Innovation and Commercialisation of AI Task Group, where she participates as an AI expert in developing and introducing AI across multi-sectors. In 2022 she has launched a new project focused on AI in Agruculture & Farming on an international scale. She is also a collaborator of the United Nations Industrial Development Organisation (UNIDO) highlighting the implications of the 4IR for developing countries in the post-pandemic world and of UNESCO’s initiative to make AI inclusive of intercultural input.

Inma Martinez is a guest lecturer at Imperial College London Business School and a professor at the University of Loyola Andalusia Executive Education programme. She has been a key figure in the European knowledge-transfer efforts and has mentored technological innovation at the top venture-focused acceleration programmes.

Inma Martinez has authored two books: “The Future of the Automotive Industry” (June 2021) and “The Fifth Industrial Revolution: How Space Commercialisation will derive the Biggest Industrial Expansion of the 21st Century” (November 2019) on digital transformation and the radical business models creating the progress, competitive attributes and stakeholders’ values of the new society. She has also collaborated with numerous white papers on Cloud & Edge Computing and other telecommunication innovations.

FORTUNE and TIME have described Inma Martinez as one of Europe’s top talents in social engagement through technology and FastCompany labelled her a “firestarter”. She was voted the “Best contributor to the formation of strategy” in the section “Driving the Future of Europe’s Digital Economy” at Bloomberg BusinessWeek’s European Leadership Forum: Charting the Economic Future of Europe, a conference for CEOs and government officials. 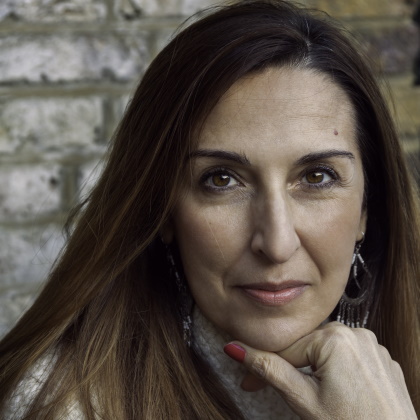 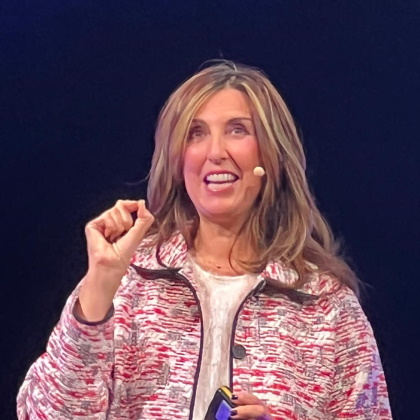 Inma Martinez Keynote - I am from the Future

Connecting science with economy and business