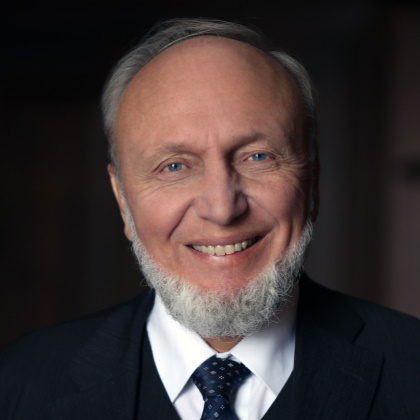 Prof. Dr. Hans-Werner Sinn is an economist whose expertise makes him one of the most research-intensive German-speaking economists. He is a retired university lecturer at Ludwig Maximilian University in Munich and was President of the Ifo Institute for Economic Research from 1999 to 2016. He has shaped economic and social policy debates in Germany and Europe like no other in recent decades.

Hans-Werner Sinn is considered a generalist within economics. His research focuses on taxation, regulation, the labor market, the environment, growth and exhaustible resources, foreign trade, banking, insurance and risk, climate and energy, demography and social security, macroeconomics, system competition and system transformation. His research has been published in the American Economic Review, Journal of Public Economics, and Quarterly Journal of Economics, among others.

Hans-Werner Sinn was born in East Westphalia, studied economics in Münster, and spent his assistantship with a doctorate and habilitation in Mannheim. He lives with his family in Gauting near Munich, where he has been a full professor since 1984, and emeritus professor in the economics department of LMU Munich as of 2016. Since 2017, he has been a permanent visiting professor at the University of Lucerne, and at the turn of 2019/2020, he took over as head of the regulatory policy committee of the Bavarian Economic Council.

Sinn taught at the University of Western Ontario for two years and became a full professor at LMU Munich in 1984. During his sabbaticals, he also conducted research as a visiting scholar at the universities of Bergen, Stanford, Princeton, Calgary, Boston, and Jerusalem, as well as at the London School of Economics. Sinn has been an honorary professor at the University of Vienna since 1988. He has received honorary doctorates from the universities of Magdeburg, Helsinki, Prague and Leipzig, as well as a number of international prizes and awards.

In 1991, Hans-Werner Sinn founded the Center for Economic Studies at LMU, which, with its international visitors, became the basis of the Munich Graduate Program in the early 1990s. From 1999 to 2016, he was president of the Ifo Institute for Economic Research. Sinn turned the ifo into an institute "at the University of Munich" and combined it with the Center for Economic Studies to form CESifo GmbH. The CESifo research network that was created with this connection is one of the largest in the world in the field of economics.

From 1997 to 2000, Sinn was chairman of the Verein für Socialpolitik, the professional association of German-speaking economists, and from 2006 to 2009 he was president of the IIPF, the World Federation of Public Finance. He initiated important reforms in both institutions, including founding two academic journals.

His scientific oeuvre includes 13 extensive monographs with 41 editions in 9 languages, 19 smaller monographs and over 140 scientific articles. In the international RePEc ranking, which is largely based on scholarly citations, he ranked first among economists working at German institutions during the last years of his tenure and even beyond. Measured by the number of international citations per author, he was number two among German economists behind Nobel laureate Reinhard Selten, according to a 2007 study by Ursprung and Zimmer.

Hans-Werner Sinn does not only work as an academic, however. With his ifo presidency, his oeuvre has expanded to include many hundreds of newspaper articles, interviews and television broadcasts. After his "Sturm- und Drangjahren" (storm and stress years) at an advanced age, Sinn saw the ifo presidency as a task of making economic expertise comprehensible to a broader public and applying it to practical policy issues. For several years, most recently as recently as 2019, Sinn was the economist most trusted by German politicians, according to a survey by the FAZ.

Hans-Werner Sinn retired on March 31, 2016, but continues to participate intensively in public discourse. He is happy to be available as an interview guest or speaker for events. 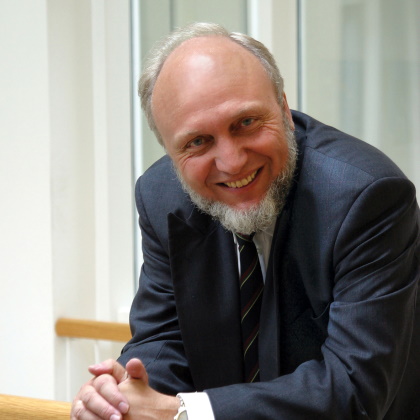 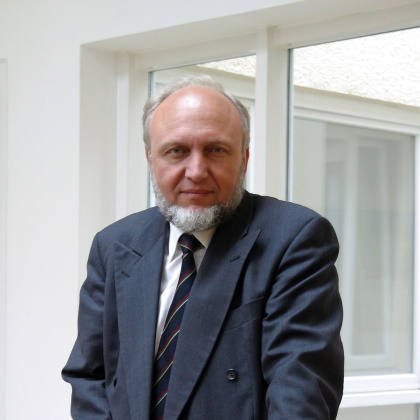 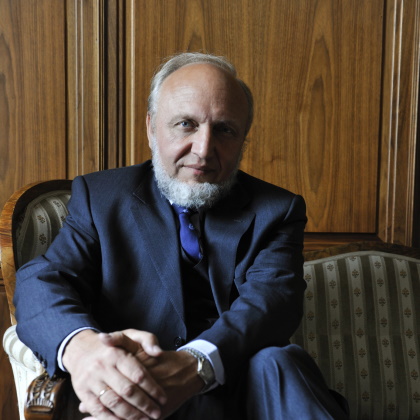 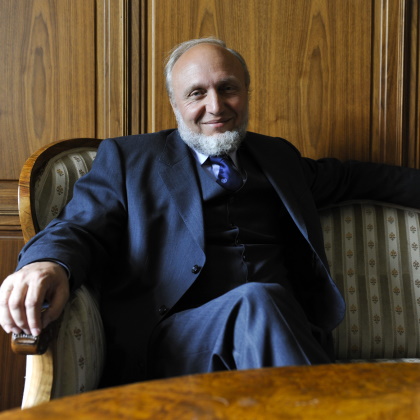